The restlessness arising from the pain and noise of separation ceases

Keri
Bejegyezve 2014-01-21
In Angol nyelvű cikkek, ego, mind
The restlessness arising from the pain and noise of separation ceases2014-01-212021-04-16https://www.keresztesattila.hu/wp-content/uploads/pecset_attila.pngKeresztes Attilahttps://www.keresztesattila.hu/wp-content/uploads/2015/04/nyugalom-tudatossag-letezes.jpg200px200px

Remain only as the awareness itself – beingness

The pure witness is beyond the mind and thus can’t arise in the mind. The mind arises within the pure beingness. It is impossible for you to become established in it. You are in this, but when you identifying yourself as an autonomous ’I’ entity you can’t experiance it. ’I’ is just a thought… – the power of now, awareness raising, beingness, don’t follow your mind

You can see, that a thought can’t make effort to become ’no-thought’. So, you are the pure state… What happens if you don’t identify with or judge your feelings, thoughts, but instead just let these be there? Remain only as the awareness itself. Nothing is happening, for happening to be experienced, you must go out into the region of the body-mind activity. The attention is hunting for future, past, thoughts feelings etc. and all of this given reality with the mind. When attention remains in the beingness, it is merge and remain one with it, which beyond both thoughts, emotions and everything… You can remain in that state effortlessly and naturally. You can’t reach it, you are already that.

.
The power of now

There is an ’I’ which arises from the mind. You can catch it. Can the phenomena entrap you? Why? See from beingness! There isn’t need to say now… The now is the present, which does not even know the concept of now arises in. You are not seeing beingness, you are the beingness. There is ’I’-less space within which the ’I’ which is beyond need… And we shouldn’t forget that every concept is not truth, because it is not complete, it is just a thought.
Besides you don’t need to acquire supernatural tricks, you should go home… That’s the real purpose in your life, every other thing is not important… All else is secondary. And imposing a mental concept of oneness on the world ultimately only nourishes the feeling of other… I have written about it. You should find who you are really. This discovery is available this very instant. You can use sime simple practise, like this: We keep waiting for something to happen. Why? And who are you really? – 2 simple oeneness meditation technique

Your Self enjoys the manifestation of all without trying itself to any object or objective. It is the joy of the free… Where is there to go, when you realise this? The infinite being expressing itself in each body, not only human bodies, but in every sentient being. This consciousness identifies itself with the body which it needs to express. But see another person like an ego, you have to be an ego. We are one with the natural flow of manifestation, with the natural dance of the cosmic energy as it appears in these bodies. But, the mind is confused, because mind is always trying to get , to understand, to have the feeling ’I understand this’. You can see that the beingness before even the idea of it being simple is thought of… It is even simpler than simple. Self-enquiry is the mirror in which the beingness recognises itself. When you experience it, you are not only helping yourself but other beings are helped. So, find out, what is the essence of that which you call yourself. From this contentment the whole universe arises and plays. When you investigate the one who’s interested in a life in the world and you find out that one is just as much a perceived phenomenon as the world is, somehow through this discovery the Self is revealed. 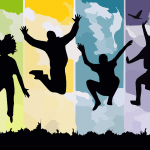 When you can bear your own emptiness you are freeAngol nyelvű cikkek, simple meditation 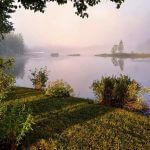 Just be present and openAngol nyelvű cikkek, seek for the truth